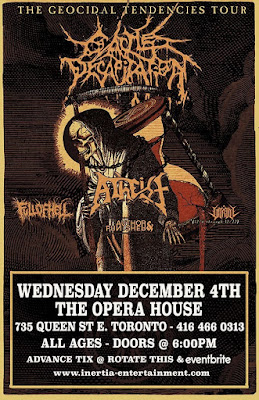 Cattle Decapitation are one of those bands that have always turned heads. From their unapologetic album art, to their lifestyle choices and lyrical content, they strike a chord with the unsettling reality we find ourselves living in. Metal has always been about looking into the eyes of the demons that haunt us and harnessing that power. Cattle Decapitation expose a modern frustration with our current societal trajectory. Their latest release, 'Death Atlas' warns of the ends of humanity and helps provide the tools to process the situation. The only way we can fix out problems is by facing them head on!

Last night was Toronto’s turn for the stacked Genocidal Tendencies Tour. Unfortunately, this tour has been in the news for all the wrong reasons. Full of Hell had their van and gear stolen and last night Author & Punisher couldn’t make it to the show due with break down issues. None the less the devastation must go on. I just missed Vitriol, but I arrived at the Opera House right as the legendary Atheist took the stage. They’re old school death metal and hardcore attitude was great to get the energy up for a Wednesday night. It was nice to bask in some good old Florida death before cranking up the notch for a more modern headliner.

Cattle Decap showed a lot for love to Canada during their set and the fans reciprocated. They opened with the first several songs off 'Death Atlas', “Anthropogenic: End Transmission” and “The Geocide”. They did have a mix of older songs with “A Living, Breathing Piece of Defecting Meat”, “Forced Gender Reassignment”, “Mammals in Babylon”, and “Plaugeborne” absolute crowd pleasers to be expected. You can tell an new album is damn good when even with the material so fresh, the crowd sings loudly and rages in the pit to all the right parts. 'Death Atlas' is another fantastic release from this killer band. Cheers to the bands that played, the ones that wished they could, and all the crazy animals in the pit! Check out some photos and video from the night below!


The cattle were decapitated and it was awesome! 🔥🐄🔥 pic.twitter.com/sscGA8aYvX 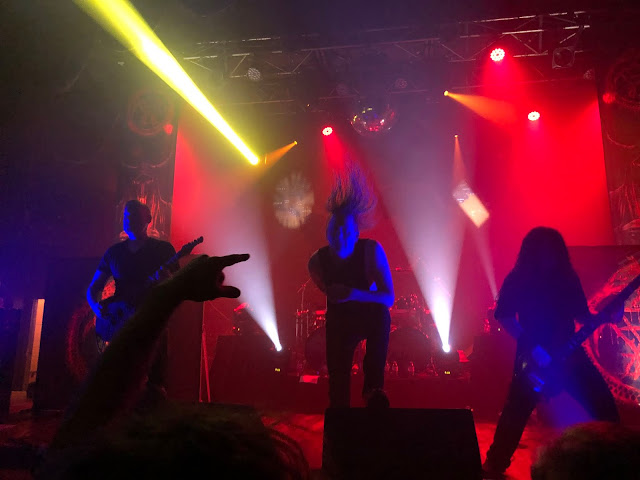 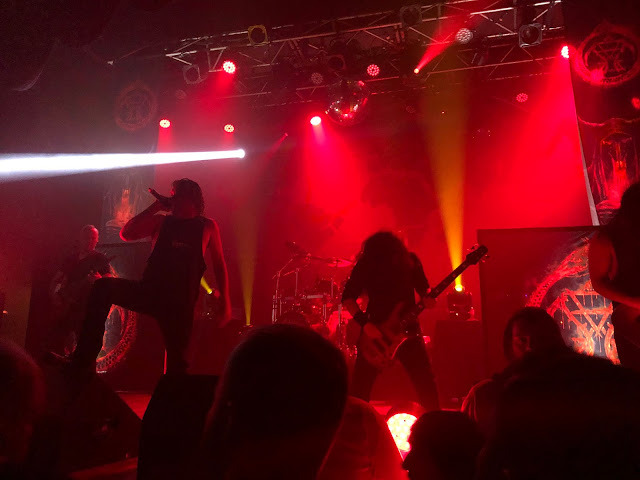 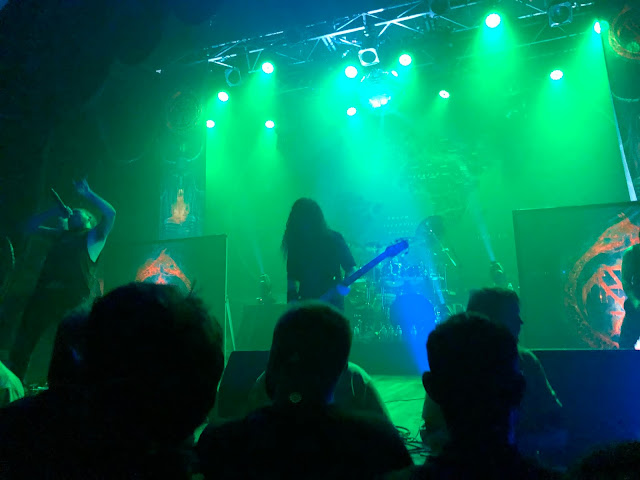 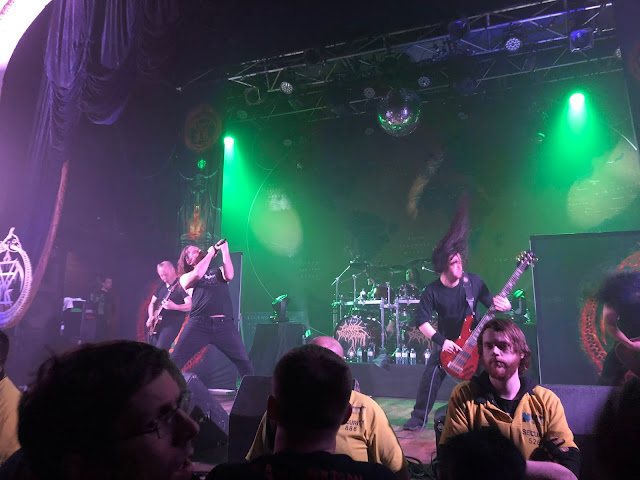 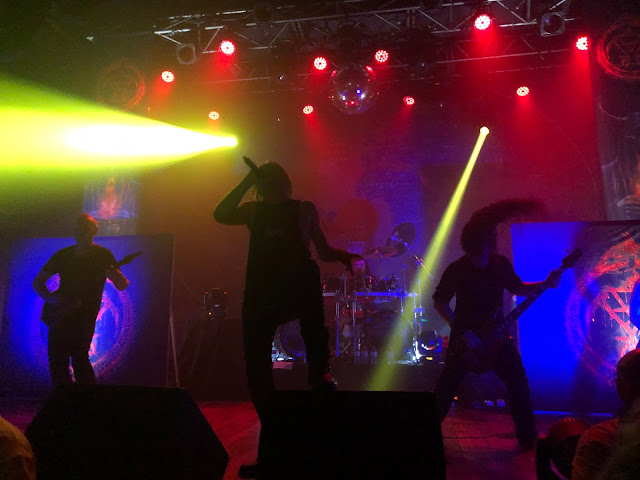 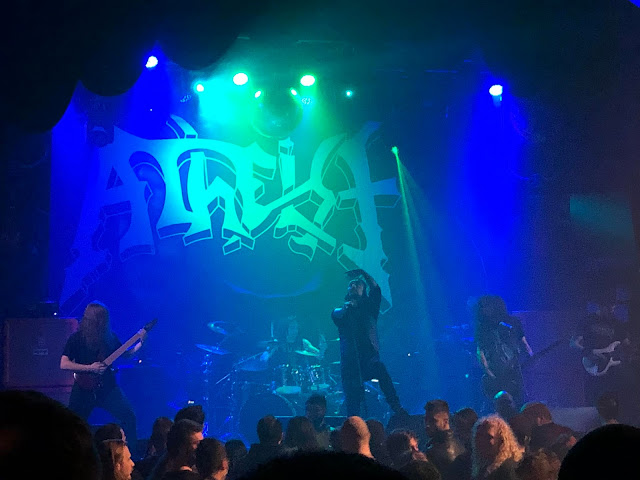 How many retweets can we get for Eddie?? pic.twitter.com/TL2883Bd9R

Check out my latest #metal review! My boys VARIUS out of Niagara Falls 🇨🇦 with their new EP! Check them out and share them around if ya like it. For fans of Katalkysm, Ex Deo, and Hypocrisy! 🤘💀🔥 https://t.co/8mWVty0ZKF #TheZineSupportingTheUnderground

"“Shadows Became Flesh” is death metal done right and would be a good choice for any fan of..." @Mass_Infection "Shadows Became Flesh" by @Comatose_Music Review by @HeavyMetalYetii #WeAreBlessedAltarZine #TheZineSupportingTheUndergroundhttps://t.co/ZVqQDZ99FU

Who is the Heavy Metal Sasquatch!?

Heavy Metal Sasquatch
Toronto, Ontario, Canada
Born in the Canadian wilderness close to Hamilton and Toronto, all the Heavy Metal Sasquatch needs for sustenance is metal(and a few cases of beer). Living in a world of pure chaos the Heavy Metal Sasquatch thrives in the mosh pit environment. The HMS loves all forms of metal- from the early days of Heavy Metal to the more recent incarnations of Black Metal, Death Metal, Thrash Metal, Progressive Metal, Folk Metal, Metalcore and every other type of metal imaginable. This blog showcases some of my favourite bands as well as the newly discovered metal bands I find. Read to expand your metal horizons!! \mXm/